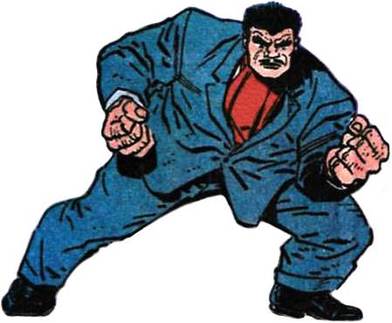 Intergang is a WEIRD part of DC's mythology and Superman's in particular; a criminal organization with one foot in the very weird world of alien despots and supertechnology.  We're basically using Bruno's story as a way to include Intergang in all it's weirdness.