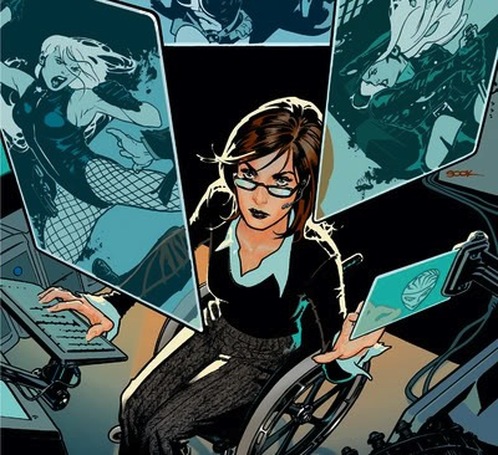 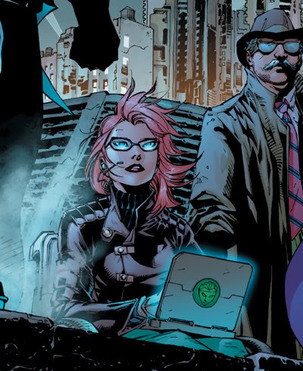 Barbara Gordon is one of the most compelling characters DC has, and there's a very real sense that they have her entirely by mistake.  While the decision to cripple her made for some pretty good storytelling when it happened in the Killing Joke, leading to what is arguably the best Joker story ever told, it's also one of the worst examples of deliberate, horrific character assassination in any mainstream comic ever.  Disabling, torturing and sexually assaulting a female character simply to advance the story of her male counterpart is one of the absolute worst things a writer can do, and that's basically all the Killing Joke is.

However, Barbara turned those elements of her story around in such dramatic fashion that she's become an absolute icon.  The visual of her in her wheelchair at her computer is one of the indelible images of comics.  Her personal story, under the unwaveringly brilliant writing of Gail Simone, has been a staggeringly complex and human journey.  She feels more like a real person than almost any other character in contemporary mainstream comics.

I wasn't against the idea of her reclaiming her Batgirl identity in the New 52, although I was sad to lose Oracle as well as the other Batgirls that had filled her shoes so admirably.  However, when it was revealed that they weren't removing her being crippled and sexually assaulted, but WERE removing her incredible time as Oracle from her timeline, it was hard not to see that as more deliberate character assassination.  The later re-imagination of her character as a younger, selfie-loving hipster seems far better attuned to Stephanie Brown than it does to Barbara.

As a note... there's no reason Barbara should be confined to her chair all the time.  This is a world full of magic and space science, and she should be able to navigate a flight of stairs.  Webcomic phenom Aaron Diaz over at the Dresden Codak came up with this awesome notion of Barbara wearing a Waynetech harness that would allow her to move about her clocktower, and it just looks great.  It also doesn't look TOO comfortable, which would explain why she's often in the wheelchair instead, as that's a much simpler way for her to get around.

Also?  One of the best moments in comics ever is when Dick Grayson finally proposed to Barbara, and it's stupid that it was wiped from continuity.  That clearly needs to come back.
Powered by